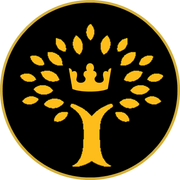 In Year 29, Cloudshy declared war on the Emirates of Arcturus after talks to secure the extradition of fugitive Justin Bieber failed. Bieber was accused by the Cloudite government of crimes against humanity. Cloudshy's march to dismantle Bieber's terrorist organization based in Arcturus was joined by ally Kaitain. As the joint Cloudite-Kaitain troops closed in on Arcturus, a civil war broke out in the the embattled country between the government and Bieber rebels. The Libertarian Commonwealth and Vulgria intervened at this point to restore regional peace. Another faction entered the war in the form of Celestians (a rival faction of the Pony Order opposed to the Cloudite chapter). Today, Arcturus still remains a land occupied by multiple foreign forces.

Vabbephiggopie and Chalion territories in North Africa were also occupied by Cloudshy to extinguish the local Bieber cells there. The Princess declared herself the Empress of the Maghreb and commissioned a monument and a temple to herself. 2 days later, rebel forces within the Cloudite-occupied Tunisian territory drove out the Cloudites and declared independence.

- All news reports are dated based on the Cloudite calendar